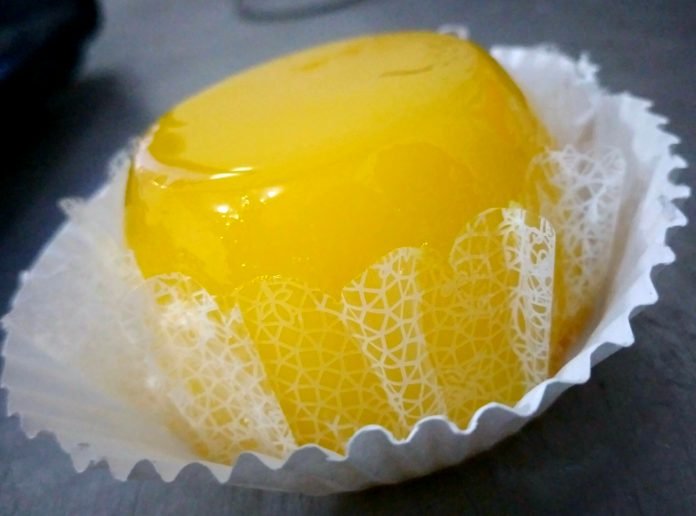 Turbo oven: Keep the quindins covered in another way during the entire baking process, as the turbine burns the quindim’s surface. Here we use another larger, upside-down square shape as a lid.

Cracked Quindim:
Everyone must have seen a cracked quindim on top. This can be for several reasons, but let’s go to the most common ones:

Very hot oven: Although the description has an estimated temperature, the ovens do not display exactly the same temperature.
I don’t know if it is the position of the thermometer or the type of material used, but I have worked with identical ovens that I had to regulate the temperature by 10 – 20 ° C or less 10 – 20 ° C. So unless we’re in a sci-fi movie, time never varies, and that’s what we have to be based on.
Let’s say you put your quindim in the oven for 45 minutes, and it went soft, this time you leave it for a little while, test it again, and next time raise the temperature by 10 degrees, and change it until the quindim comes out at 45 min. On the other hand, if your quindim comes out ready in 45 minutes, but crack, then lower the temperature by 10 degrees next time, and do the test until it comes out perfect.
The second possibility is that you have set the temperature, but then you had to do something else and left it there … baking for another 3 or 4 minutes … it is enough for the quindim to pass the point and crack.

Do not freak out!!!
Your quindim is cracked, impossible to put in the window … Now what?
Not everything is lost:
Put it in the refrigerator to give it a cold, melt a little bit of dark chocolate and cover them. It will be a secret of yours and mine, and your client will understand that you are just making another variation of quindim to please him